While high taxation and a rigid Labour Code are regularly singled out by foreign investors and entrepreneurs as deterrents, the Labour Code reform and the Draft Finance Bill for 2018 are giving companies established in France the conditions they need to expand and be competitive, as well as the flexibility needed to adapt to an ever-shifting market. This is a quantum change in philosophy, culture and orientation, which is expected to enable France to regain its attractiveness and put its economy and companies on track for excellence.

Where the Labour Code is concerned, the government orders recently signed mark a fundamental break with the past, modernising the labour relations system and creating opportunities for companies to find, on the ground, the solutions they need to move forward with the market. One of these is a major advance: the limitation placed on the geographic scope across which redundancy plans are judged. Assessed at the global level up to now, companies’ financial standing will henceforth be considered based on national-level performance.

Several provisions furthermore give company leaders the means to secure hires and mitigate the risks around dismissal: The damages granted by Industrial Tribunals in the event of unlawful dismissal will be capped, the deadline for disputing a dismissal will be shortened, and the official dismissal letter will be shortened in order to prevent challenges on technicalities. The newly-created collective contract termination procedure, which secures voluntary departure plans, also helps companies in the process of change and wishing to offer special departure conditions to volunteering employees. Lastly, the creation of the “project contract”, the term of which will coincide with the end of the project in question, will make it possible for companies to work in line with market realities, while also offering contract-holders the same benefits as a permanent contract.

To enable greater efficiency, social dialogue, a vital driver in any company, will also be simplified and re-energised. Companies in which no unions operate will be able to negotiate majority-approved agreements with employee representatives, where total staffing does not exceed 50. This is the reform’s major step forward, in that it places employee-elected representatives at the centre of the dialogue process, regardless of whether they have a union affiliation. In companies with fewer than 20 employees, the employer will be able to organise an employee consultation, in the form of a simplified referendum.

In companies with more than 50 employees, the decision to merge worker representation bodies -- employee delegations, works councils and health, safety and working conditions committees -- into a single “company works council” will make it possible for company leaders and employee representatives to develop dialogue from an all-encompassing view of company operations and identify avenues for improvement within a cogent strategy.

By closing the distance between social dialogue and company operations, these measures will make it possible to adjust work organisation procedures to each company’s sector, free of tension and with true employee involvement.

The new clarity brought to the delineations between law, branch and company follows the same principle of autonomy by giving company leaders appreciable room for manoeuvre. Bonuses, for instance, previously determined at the branch level, will now be discussed and set within companies. It should also be noted that works councils will now be expected to cover the cost of any expert services which they request, whereas up to now, those expenses were provided for by the company.

Parallel to this far-reaching overhaul of labour law, the Draft Finance Bill for 2018 proceeds from the same consistent aim to turn the French economy around by placing the focus on attractiveness-building measures. This is a key step in the indispensable transformation of our country, in the face of an economic and technological revolution of yet unseen magnitude.

If we wish to gain from this technological revolution, we will need to invest and, thus, first attract savings to companies. The reform of tax treatment on capital, to come into effect from next January, is designed to help us do so. The draft budget for 2018 provides that all income from capital and capital gains earned upon resale will no longer be subject to income tax, but to a single-rate levy of 30%, via the new single flat-rate deduction (PFU). Tax relief on capital will also come through the repeal of the ISF, to be replaced by a tax on real estate assets alone (IFI). Similarly, the multi-year decrease in corporate tax sends out a strong signal about France's intention to align with other European countries.

In contrast, the issue of taxes on production factors, which affect companies before profits, remains to be solved. Work in this area needs to be initiated quickly, as it will entail a far-reaching public expenditure reduction policy, in particular at the local level. The MEDEF continues and will continue to appeal for this.

Just a few months after Emmanuel Macron’s election to lead the nation, these two texts already reflect the government's determination to work in recognition of economic and corporate realities. With the winds of economic recovery blowing in, and the nation brimming with confidence, these reforms have the ability to fire up the energies and talents that abound across the country.

The reaffirmed aspiration to cast France within the European dynamic and a common set of rules, in particular as regards the euro, is another factor boosting the confidence of French companies.
MEDEF is on the watch and remains mobilised to facilitate the implementation of these reforms and bolster their aspirations. The reforms of the apprenticeship, vocational training, unemployment insurance and pension systems are next on the government's agenda in the upcoming months. Still lacking, however, is a far-reaching policy to cut public spending, especially at the local level, and MEDEF will continue to advocate for this. 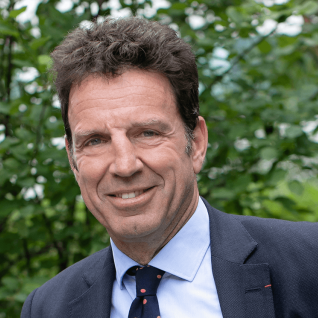 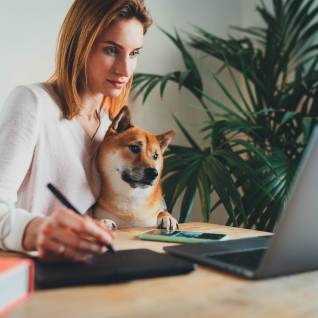 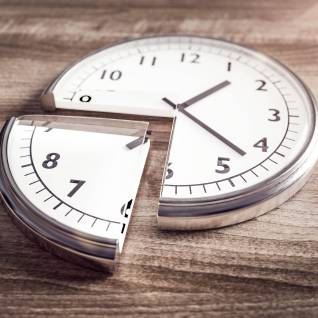 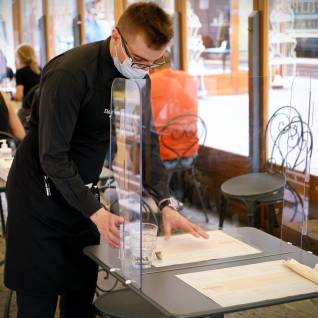